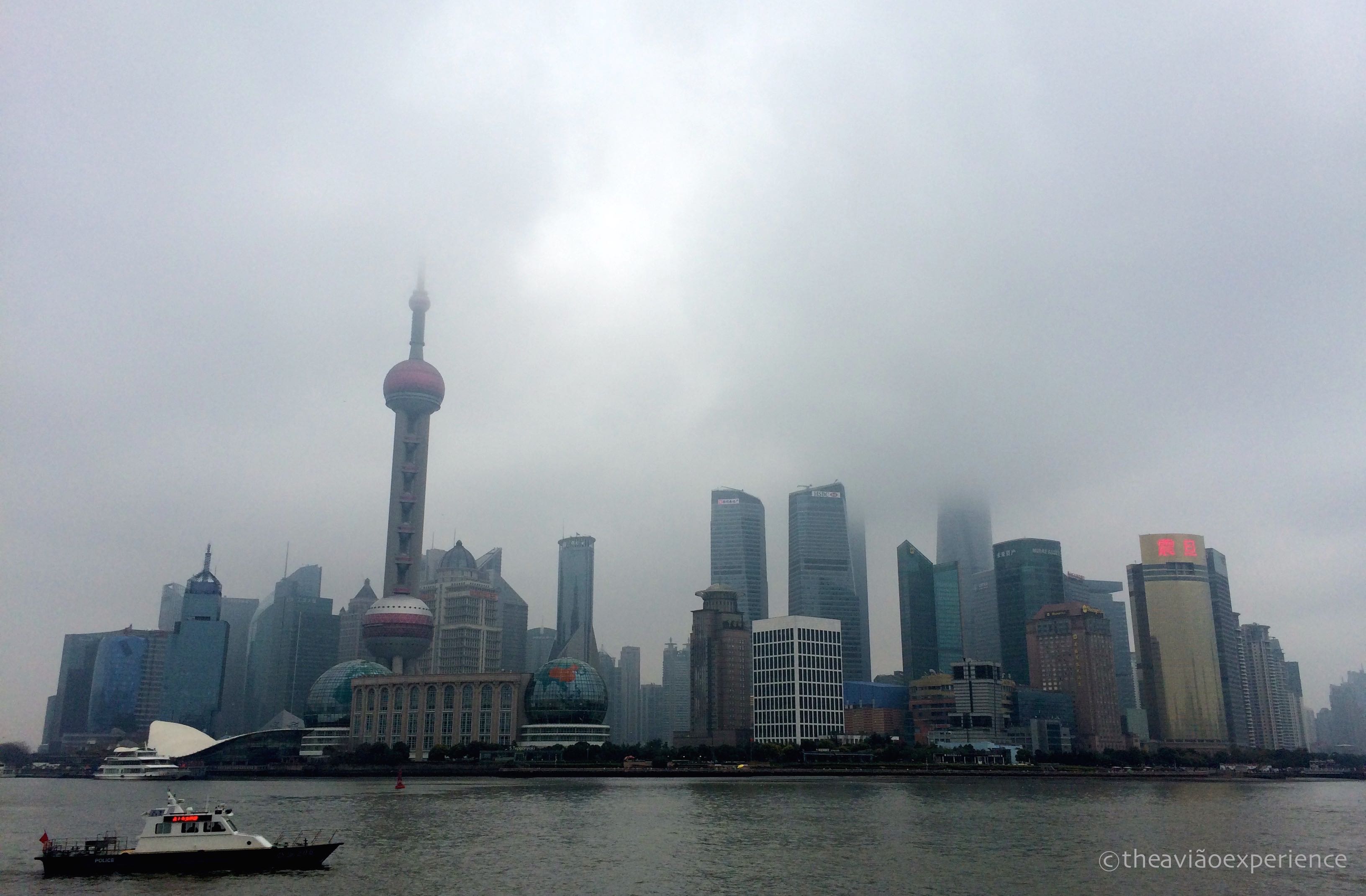 What do you think it is the first thing that have touched my senses once step on the China’s ground? The unique smell of dumplings? The melodious sound of Guzheng?

It is the incredible smell and color of the AIR surrounding me.

Despite the sun is high stuck in the sky, thousands of buildings mix their grayish walls with a different and scattered shades of gray that merge with a white-gray sky. The sun is veiled behind an almost transparent curtain and it warms up a normal day in the middle of March.
The smell of the air lightly sting the nostrils. Turning the head around it looks like being landed in a chaotic and polluted place.

While the taxi runs on the streets of Shanghai I realize that I have arrived in a completely different land that I was used to. The rules along the streets jumps back of three decades when you could motorbiking around the streets of Milano without helmet and crossing intersections without respect the red traffic light. .
From Pu Dong airport to the central area of Shanghai the taxi runs on streets full of expensive cars and crazy taxis in an uncontrollable hurry.
It is the beginning of a new adventure in a different a completely new context.

Do you think I can make it up among all of this?

0 thoughts on “Shanghai here I am!”