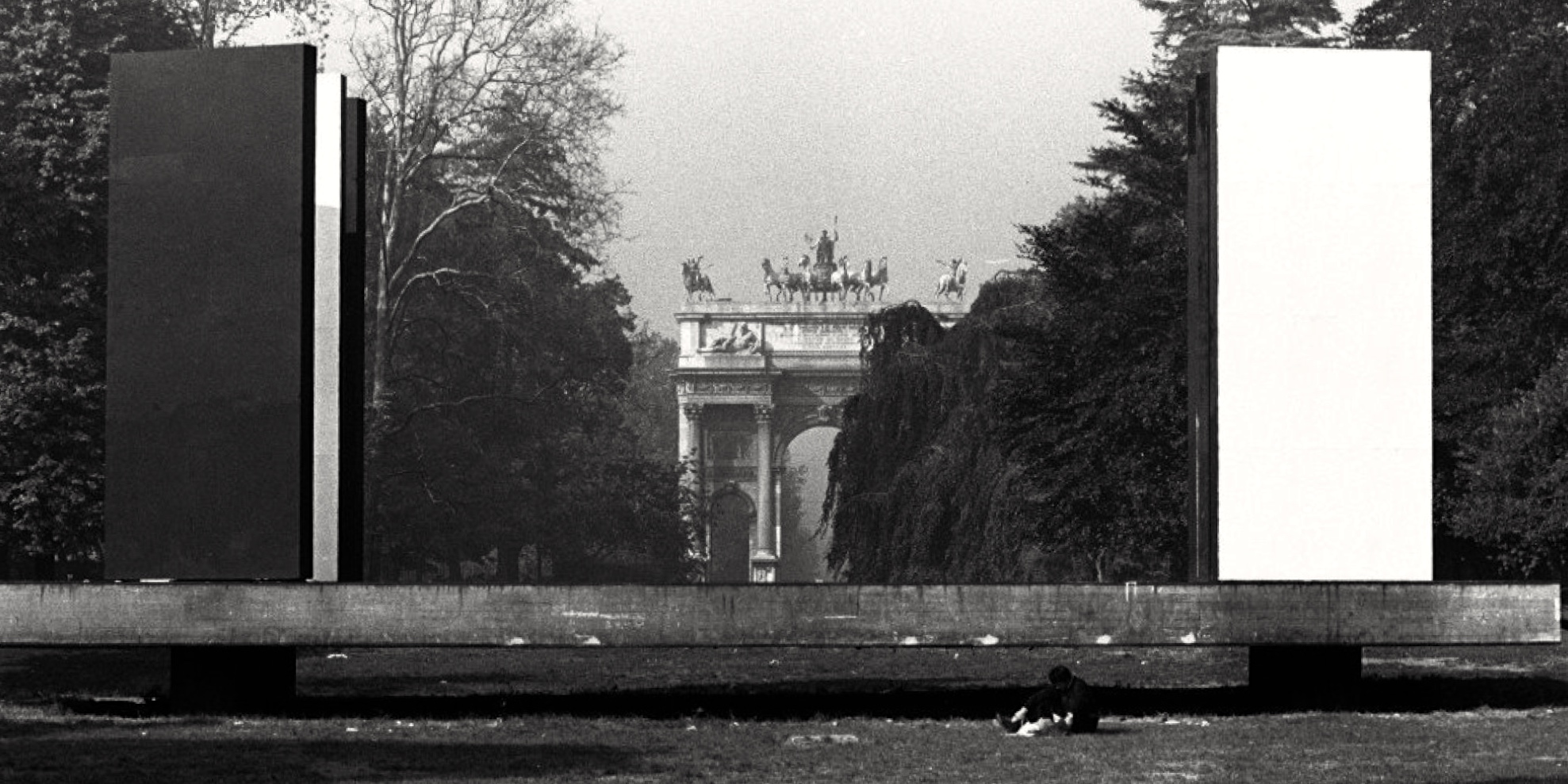 My memories brings me in front of the huge walls climbing the sky in their infinite heights. They are too high and too heavy in their static position to be moved behind my child palms. Somehow, someone is able to do it with an extraordinary power.

Suddendly my tiny foot get stuck under the iron modern art and, lost the balance, I hit the ground from my less-then-a-dog height. The wound is deep and little but the pain is thumping my brain.

…
The lights fade-in and I feel something hard punch my skin, behind my head while my father, with his big and comforting hands, is encouraging me not to cry. My eyes full of unshed tears embrace his warm voice and I prove to him my child bravery.

It was not just a dream. Now the brighter and smooth line hidden under my hair relive everytime I touch it and it brings me at those days.

I have finally solved the mystery behind my scar. A picture found on the web disclosed a concealed memory. I knew it was not a brain-child of my mind.

I was a little blonde boy in my first years of life. I was probably 4 or 5 years old when the former “Teatrocontinuo” was a modern structure, also called “art”, to step onto.

The “Teatrocontinuo” was realized in 1973 and gave to the city of Milan. The Alberto Burri’s work of art was a huge stage able to adapt in any variations of the actors and the audience. A theater that could be sculpture and able to fit inside the environment and with the urban style.

Today the “Teatrocontinuo” is no longer existing, dismantled in 1989. The structure with six moveable iron walls able to rotate on their central axes on a concrete huge base was in the middle of the Sempione park, in the heart of Milan city.